By CollegeGridironShowcase  /  August 18, 2021  /  Comments Off on College Gridiron Showcase & Symposium Partners with Ryzer to Conduct TAP testing at 2022 CGS

Fort Worth – The College Gridiron Showcase (CGS) has partnered with Ryzer to conduct pre-event and on-location Troutwine Athletic Profile (“TAPS”) testing on CGS participants at the 2022 annual college football all-star event in Fort Worth, TX.

Dr. Robert Troutwine began assessing athletes in 1984. Since that time, his Troutwine Athletic Profile (the “TAP”) has been used by athletes & teams in 10 pro leagues, the NCAA®, and the US Navy SEALs and is used to measure intangibles such as mental toughness, coachability, and composure.

Each CGS participant, including free agents who attend CGS’s Pro Gridiron Showcase, will receive a TAP test as part of their evaluation which will be given to the NFL teams. CGS will also send the TAPS test to players on the CGS Watchlist to have pre-event information.

CGS Executive Director Jose Jefferson expressed his excitement about the partnership and what it means to not just the event but to the scouting industry.

“CGS has always been in the forefront of player testing and now we have added one of the industry leaders in personality assessment. The ability to test the players before they arrive to Fort Worth will not only add efficiency to the evaluation process, but it gives teams another dynamic by which evaluate players,” said Jefferson. “The online administration will mean the players can do this in the comfort of their own home, take their time, and give honest answers to the questions they are being asked.” 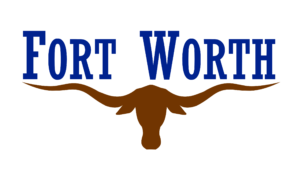